All teachers at Taylor Dance are highly qualified and have a wealth of performance experience. They all attend regular courses to ensure teaching standards are maintained and they are up to date with curriculum changes.

Lisa established Taylor Dance – initially based in Milltimber – in September 2003. Since then, the school has expanded, now offering a full timetable, including venues in Peterculter and Cults.

At the age of 16, Lisa moved to Liverpool to study dance at Merseyside Dance & Drama Centre and after one year, successfully auditioned for a place at the prestigious Bird College of Performing Arts, in London, where she trained professionally and studied Classical Ballet, Pas De Deux, Modern, Tap, Jazz, Contemporary, Drama and Singing.

After graduating with a Diploma in Dance & Theatre in 2001, Lisa’s career was cut short, by a recurring knee injury albeit she continued to enjoy opportunities, outside of her dance life, including a contract of regular appearances as an extra on BBC 1’s Holby City, TV adverts and a one-off BBC2 fashion show. During this time, Lisa found a love of teaching dance, whilst freelance teaching in and around London and decided to re-direct her career to teaching, qualifying with the ISTD.

Since then, Lisa has enjoyed sharing her passion and love of dance to inspire the younger generation whilst encouraging a strong sense of self discipline, resilience, and teamwork. Lisa has now been teaching for over 19 years and plans to study towards her Licentiate qualification in Modern Theatre later this year with the Imperial Society of Teachers of Dancing (ISTD).

Gillian began dancing with Levena Taylor in Inverurie at the age of 3, she then went on to have a career in the oil industry for five years.

Becoming a fully qualified highland teacher at the age of 20, Gillian decided to follow her passion for dance by studying full time in England gaining distinction in vocational examinations Advanced 2 Modern and Intermediate Tap. Whilst in London Gillian attended workshops lead by Darcey Bussell at the RAD Headquarters to become a fully qualified DDMIX Instructor.

Since returning to Aberdeen, Gillian has completed her ISTD Diploma in Dance Education (DDE) in Modern Theatre and become a fully certified Acrobatic Arts teacher all whilst retraining with The Royal Academy of Dance for a certificate in Ballet Teaching Studies.

Tianna attended a fine arts high school where she completed her International Baccalaureate Advanced dance program. In her final year, Tianna received the Bob Maskell Scholarship for Excellence in Dance. Tianna later went onto train at Canada’s National Ballet School where she graduated with her Royal Academy of Dance, Registered Teacher Status as well as Imperial Society of Teachers of Dancing, National Dance. During her time there, she also won the coveted Carole Chadwick award and scholarship for demonstrating significant potential.

Adding to her teaching qualification, Tianna has also recently gained her teaching certificate in the Acro Dance, with Acrobatic Arts.

Prior to Tianna’s teaching career, she attended the World Dance competition, Dance Excellence, in Los Angeles in 2011 and 2014 where her competitive dance team won top awards in Ballet, Contemporary and Jazz.

Teegan Kollmann was born in Toronto, Canada where she began her professional Ballet training at the age of 11 at Canada’s National Ballet School. After her graduation, she continued to study dance at a post-secondary level receiving her Bachelor of Dance from the Royal Conservatoire of The Hague, The Netherlands in 2010.

She was subsequently engaged by Munich’s Bavarian State Ballet where she danced as a member of the corps de ballet for 5 years. It was during this time that she performed both nationally and internationally in classical and contemporary works by world-famous choreographers. Teegan went on to dance for The Ballet company of South Bohemian Theatre in České Budějovice, Czech Republic and later worked as a freelance ballet teacher in Berlin, Germany.

Teegan is currently studying full-time at RGU Aberdeen, towards a Master of Physiotherapy whilst teaching at Taylor Dance.

Maxine pursued a career in dance, achieving a BA Classical Ballet Dance Performance with Distinction. Following her passion for teaching, she went on to complete a Diploma of Higher Education in Dance Education from the Royal Academy of Dance in 2010, gaining her Registered Teacher status, and her DDE ISTD Modern. Maxine enjoyed a varied career performing in dance and theatre productions across the Country.

Maxine has taught for schools in Aberdeen, London and Melbourne (Australia) and has experience teaching RAD Ballet, ISTD Modern, Jazz, Contemporary, Hip Hop and a variety of Adult classes. Maxine has also loved working on a variety of projects including short courses with YDance and Scottish Youth Theatre as Movement Director, choreographing for professional events in London, delivering Educational Movement Workshops for AusDance in Melbourne and was appointed Director of Community Dance for Tempered Body Dance Theatre, which took her on a UK tour preparing students to be in a professional dance performance. She is very excited about returning to Aberdeen and can’t wait to share her experience and inspire the next generation of dancers. 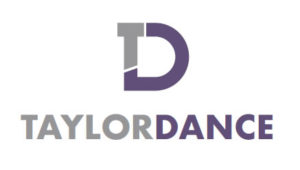